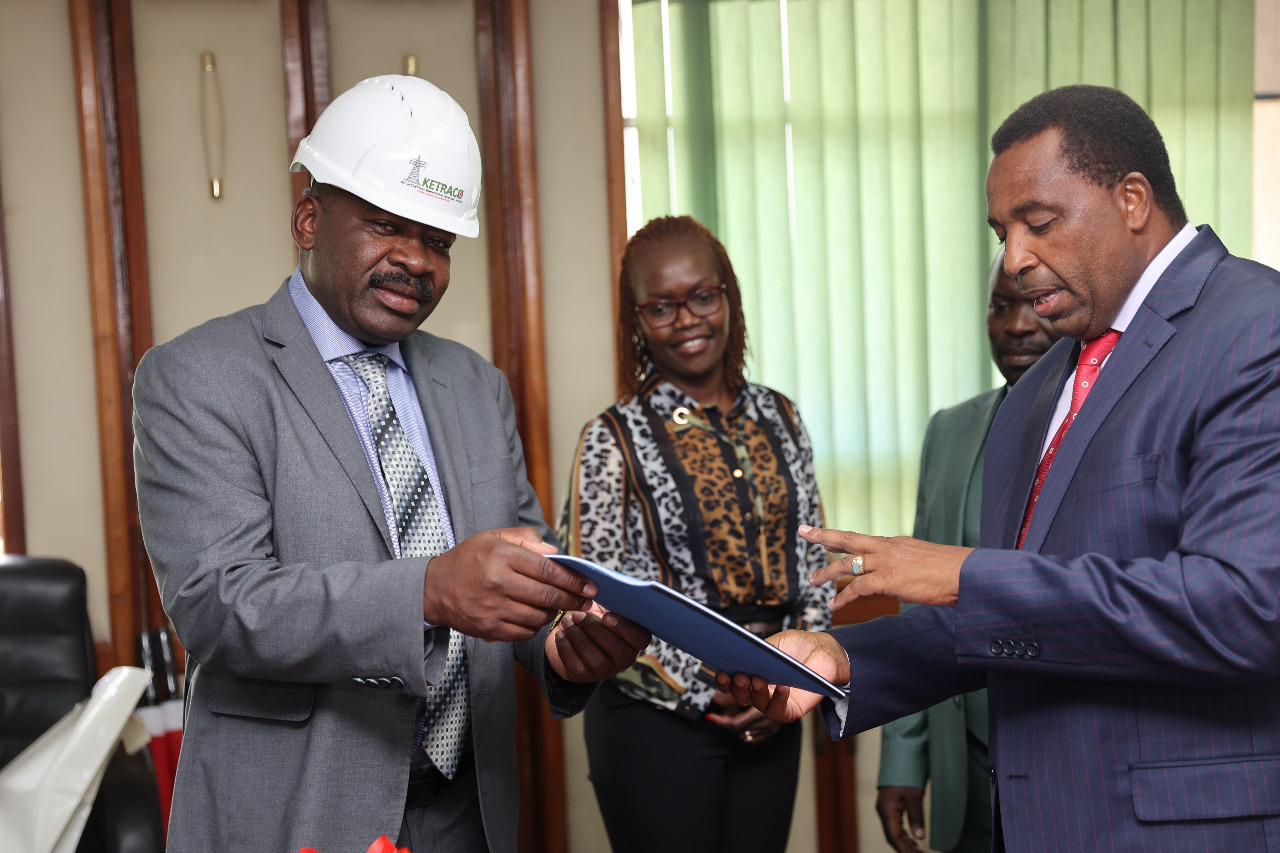 Hon. Capt. Mutambu, MBS served KETRACO for a period of about one year. In his tenure, he oversaw the Company’s most critical operations and roles aimed at fulfilling the attainment of the Company’s core mandate.

Hon. Capt. Mutambu saw the completion of the Company’s critical projects that included the Olkaria – Lessos – Kisumu. He was also instrumental in wayleave related issues with the community along the Isinya – Namanga and Kenya Tanzania Projects.

The President, in exercise of the powers conferred by paragraph 3 (a) of the Articles of Association of the Kenya Electricity Transmission Company, and section 6 (1) (a) of the State Corporations Act appointed Brig. (Rtd.) Ngaira, EBS as new Board Chairman for a period of three years with effect from 4th April 2022. This was alongside the appointment of five other independent directors by Energy Cabinet Secretary, Amb. (Dr.) Monica Juma.

Brig. (Rtd.) Ngaira takes over the mettle ahead of the anticipated commissioning of the Eastern Electricity Highway Transmission Line (612 km project).
Other projects awaiting commissioning include the 290km Olkaria – Lessos – Kisumu and the 62km Olkaria – Narok project.

Hon. Capt. Mutambu who has been transferred to Tana and Athi River Development Authority (TARDA) in the same capacity has left an admirable legacy win KETRACO, with ongoing projects promising massive improvement of the transmission grid.

Brig. (Rtd.) Ngaira takes the reigns of the Board at a crucial time when a Presidential task force has appointed KETRACO as the Independent Systems Operator (ISO) with objective of lowering power tariffs.

“With the successful completion of game-changer projects such as OLK and Eastern Electricity Highway Transmission Line (Ethiopia – Kenya Interconnector) we have been able to make substantial contribution towards improving the national grid and regional interconnector,” he said.

He said he was well appraised of the wide-ranging reforms in the energy sector hence need to strategize in driving the agenda noting the scale and gravity of the challenges faced by KETRACO.

“I extend my deepest respect and appreciation to the President for his appointment. I bring on board sufficient skills in leadership and management of resources, having served the nation in various capacities including working closely with relevant technical ministries mainly on securitized projects in support of Civil Authority,” he said.

Speaking during the taking/handing over ceremonies at the Chairman’s office in KETRACO headquarters Brig. (Rtd.) Ngaira noted that the Board of Directors was the primary force to influencing good corporate governance in driving the Country’s development agenda.

He urged the Management and staff to adhere to the EACC code of conduct which is mandated to ensure with Chapter six (6) of the Constitution of Kenya 2010. He encouraged the Management to work as a team given the nature and complexity of the Company.